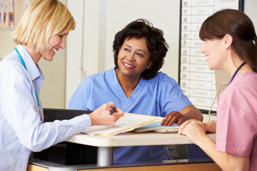 WOCNCB® may use cookies to collect, store, and sometimes track information for statistical purposes, to improve the products and services we provide, or to save your settings and to provide customizable and personalized services. These cookies do not enable third parties to access any of your personal information. Additionally, be aware that if you visit non-WOCNCB® Web sites where you are prompted to log in or that are customizable, you may be required to accept cookies from that provider. Third parties and other non-WOCNCB® Web sites may also use their own cookies. We do not control use of these cookies and expressly disclaim responsibility for information collected through them. Please see our Privacy Notice for additional details.